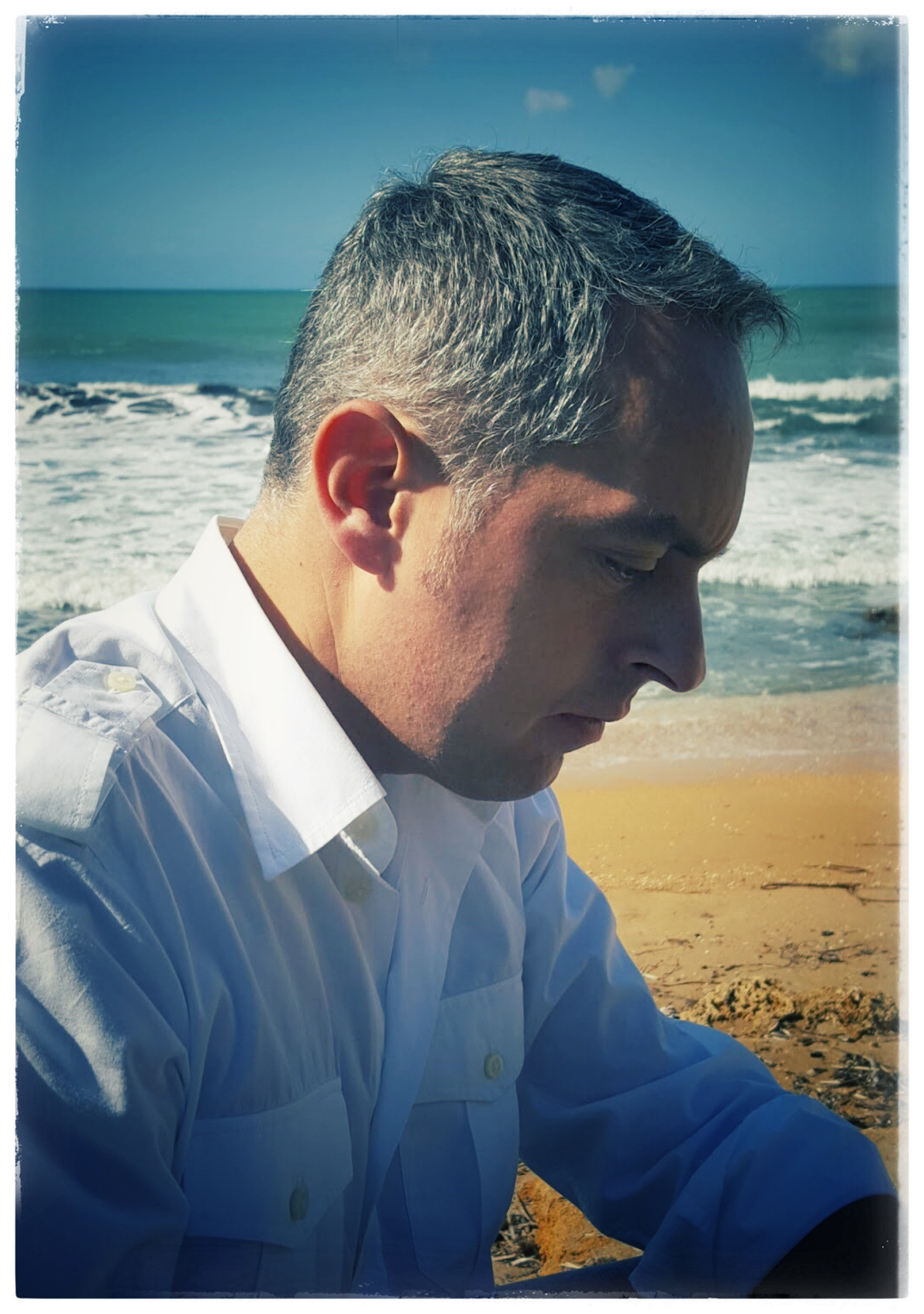 Born in Erice the 15th December 1974. He graduates in accounting in '93. Subsequently, favoring his passion for drawing and painting, he attends the Fine Arts Academy of Palermo, where he graduates in 1998. These are the years of the first direct contacts with the public, the years of collaborations with artistic associations, the frantic group exhibitions that lead him around Sicily.

In '99 he begins working as a decorator in a laboratory of artistic ceramics, where he learns the art and tradition of the old sicilian ceramic masters. He has the chance to discover and experience the possibilities of clay modeling, that will lead him to the creation of the first "terracotta" sculptures.

Determined to create a "showcase" to give visibility to his work, he learns, as a self-taught, the basics of web graphics. Just the graphic becomes the profession that will accompany him for more than fifteen years of his life.

In 2001, in fact, during a stay in London, Vincenzo becomes, almost accidentally, web designer for a british publishing company. He will remain there for several years. The need to express his creativity is so satisfied, but never completely: Vincenzo continues to draw and paint, devoting time and space to his talent.

Today, more than ever, returned to Italy and now forty years of age, Vincenzo feels a strong need to dedicate himself entirely to painting, and he does so in Trapani, the city where he chose to live after the experience abroad.

His works are visible on his facebook page and can be purchased on specialized websites like Artfinder.com, Saatchiart.com and Artmajeur.com.